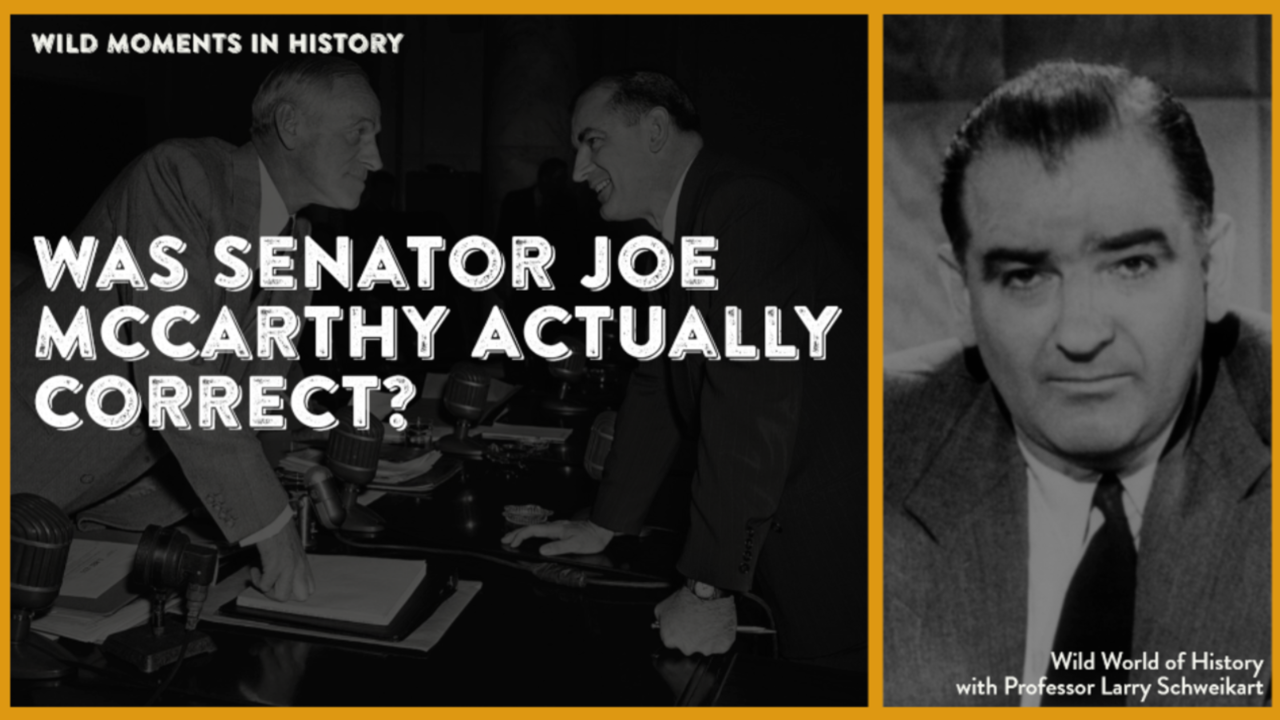 Did you know that almost every person Senator Joe McCarthy named as a communist in public ... was ACTUALLY a Soviet agent?

It all began with a February 9, 1950 speech in Wheeling, West Virginia (which was not recorded,. Senator Joseph McCarthy of Wisconsin was discussing the level to which our government had been infiltrated by communists and reportedly said that he had “here in my hand a list of 205 [active members of the Communist Party and members of a spy ring] that were made known to the Secretary of State . . . and who nevertheless are still working for and shaping policy in the State Department.”

These were names already provided to the House Appropriations Committee whose cases were still pending. That’s where the confusion came in: he then cross-referenced that list with another one of 284 security risks given him (of whom 79 had already been dismissed) for 205 names and 57 still employed.

Historians have obsessed with the different numbers, but a surviving copy of his speech that day show that he has “205" crossed out and “57" written in, and he said only 57 were still in government.

Of course, the press ran with the bigger number, saying “State Department has 205 Commies.”

As noted in another “Wild moment,” the most important Soviet spy was not in the State Department, but in the Treasury Department, where the assistant Secretary of the Treasury, Harry Dexter White, was a full-fledged Soviet agent. He was aided there by Solomon Adler, Frank Coe, and Harold Glasser (whom he personally recruited). And in the Agricultural Adjustment Administration, there was Alger Hiss. Even FBI director J. Edgar Hoover estimated there were 200-400 active Soviet spies in the US. McCarthy just thought most of them were in government.

If anything, though, McCarthy underestimated the degree of penetration in the Roosevelt/Truman administrations: Laurence Duggan at Treasury, Michael Straight at State, John Abt at Justice. One of McCarthy’s supposed “victims,” Owen Lattimore, who was editor of Pacific Affairs, was specifically named by McCarthy as one who behaved like a Soviet agent—but McCarthy never actually named him. On the very day the Tydings Committee announced that the U.S. government was “free of Communist infiltration,” Julius Rosenberg was arrested for espionage.

In fact, McCarthy’s “names” included Gustavo Duran, Mary Jane Keeney, Edward Posniak, John Carter Vincent, and Lattimore, and a 1954 article revealed that every security or loyalty risk McCarthy brought forward had either resigned or been dismissed from government. Other Soviet operatives that McCarthy named were T. A. Bisson, Cedric Belfrage, Leonard Mins, and William Remington. If anything, McCarthy was too late. By the time he identified them, the FBI had been watching them for years—yet they retained their jobs.

The “205" number remains a bogey man to this day, and M. Stanton Evans’ book, Blacklisted by History shows that none of the three living witnesses to the speech remembered McCarthy saying there were 205 communists in government, but rather 205 suspects and “55"or “57" including a note by one woman who wrote down “205" then “57cc.” Newspapers the next day used the “57" number or “over 50.”