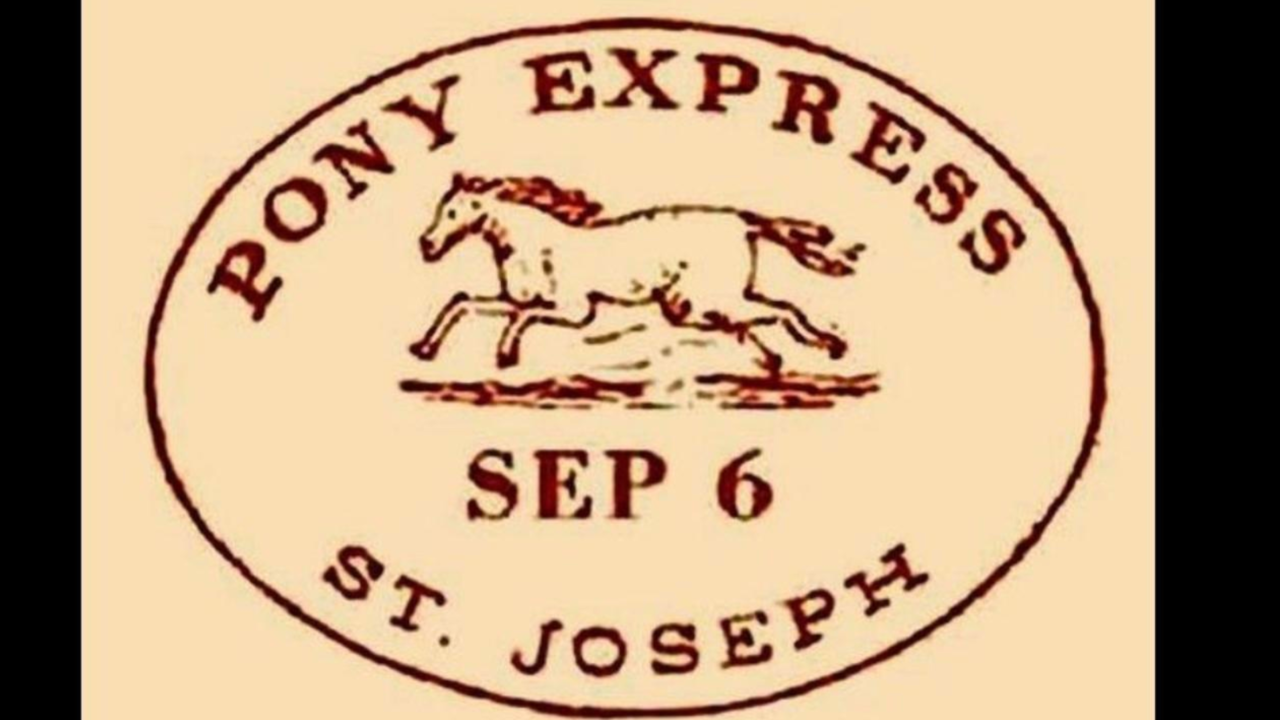 Most people know of the famed “Pony Express” mail delivery service. But did you know it only lasted a year?

Wild! Did you know the Pony Express only lasted a Year?

Most people know of the famed “Pony Express” mail delivery service. But did you know it only lasted a year?

In 1859, mail delivery from the farthest civilized edge of the United States in the West—Missouri—to California took several days. And that was for a letter. If it got there! Indian tribes crossed the trail areas and the only real breaks in the journey were Denver, in Colorado Territory, and Salt Lake City, in Utah. There were no railroads. Because of this, most mail did not go by stagecoach, but by packet steamer, down the Mississippi River, across the isthmus of Panama, and up the Pacific Coast to San Francisco or Sacramento. Only stagecoaches and steamers could carry packages, and steamers required the off loading of cargo on the Gulf of Mexico side of Panama, toting it across the isthmus, and loading it on another steamer on the Pacific side.

As to stagecoaches . . . there were only three really that operated in the entire West: Butterfield, Wells Fargo, and Overland. Needless to say, the trails were not “stagecoach friendly.”

Enter William Russell—who had never been out west—who saw an opportunity. In January 1860 he launched the Pony Express, an idea stemming from the Mongol horsemen in China. His riders would cover the 1,966 mile trail from St. Joseph, Missouri, to Sacramento, California, 1ith 119 stations interspersed for riders to change horses. Every 100 miles, the rider was allowed to rest, but not for long. For speed in mail delivery was the key.

Contrary to popular understanding, no rider rode the whole route. They rode loops—about 100 miles out, 100 miles back. The company hired young, slight boys when possible. One ad actually said, “WANTED: Young men willing to risk death daily! Orphans preferred!” I don’t think you’d get OSHA to sign off on that today! The Pony Express also sought out Mormon riders, thinking they had better relations with the Shoshone and Ute Indians, though I’m not sure how the Indians knew riders were Mormons unless they had on white shirts and ties and rode in pairs. Why would anyone take such risks? A rider could earn $25 a month—a princely sum in the 1860s.

Also, contrary even to many pictures of riders, none of them carried guns—it was too much weight. Occasionally a rider would carry a knife in case of an encounter with a rattler, but they relied on speed, not firepower, to deal with Indians.

Russell gave his managers a mere two months to procure all the horses, build the stations, and hire the riders. Some of his riders were the most interesting characters in the West, including Buffalo Bill Cody and Robert “Pony Bob” Haslam. The first arrival of the mail, which left St. Joseph on April 3, 1860 and arrived in Sacramento on April 14 were uniformly light. And expensive! The Pony Express encouraged people to write on the inside of what would be the envelope itself, saving weight. Letters traveled in a mochila, or a four-pouch leather container slung over the saddle. As each rider reached his station, a fresh horse awaited him for the next leg of the journey. There were 119 stations between St. Joseph and Sacramento. Typically a station would have a station master, and a stable with several horses. While the riders did not carry guns, early in the first runs, some of them carried bugles and would announce their coming as they got in range of the station so the master could have a fresh horse saddled and ready. Some even perfected the rodeo circus moves of leaping from one moving horse to another, bringing the mochila with them, and somehow getting it under them while they galloped.

Then it all came to an end. In October, 1861, just a year after starting, the Pony Express closed up shop when the telegraph lines made mail less necessary. The company was a financial failure, losing some $100,000 (despite a government mail subsidy) and overnight all the riders and station masters were out of work. A history of the Pony Express by Raymond and Mary Settle found that almost all of the riders not only landed on their feet, but went on to successful careers. Buffalo Bill Cody is well known as a buffalo hunter then wild west showman; Harry Roff became the Pacific Coast manager lf the Home Insurance Company; Don Rising, after riding as a mail dispatcher for the Union Army, moved to New Mexico and had a hotel and mercantile business; and many others continued riding in various ways, either as army scouts or in rodeos.

Whatever the Pony Express lacked in longevity, it made up for in romance and legend.