Was Rock and Roll Revolutionary? 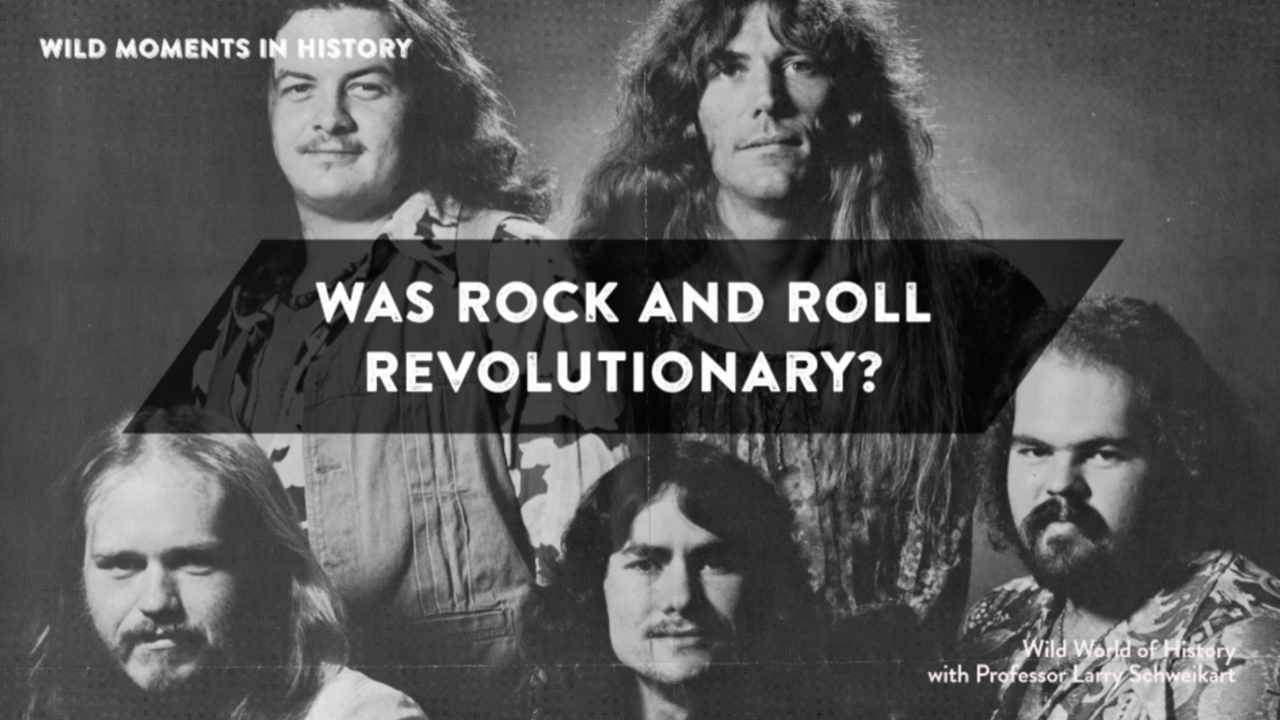 Did you know that rock and roll wasn’t as revolutionary as many of its proponents thought?

It’s kind of a cliche, that rock and roll was the “music of the revolution” (whatever revolution that was!).

But in fact, liberal historians have complained that rock wasn’t revolutionary enough.

Take the fact that, despite the myth, rock music was not in the forefront of the anti-Vietnam War movement. The #1 song of 1966 was . . . “The Ballad of the Green Berets.”

As historians Kenneth Bindas and Craig Houston found, music did not display anti war themes until after public opinion turned against the war.

A few earlier, more generic songs made some headway—Barry McQuire’s “Eve of Destruction” in 1965—but most of those that would later be considered anti-war anthems (Arlo Guthrie’s “Alices’s Restaurant” or Country Joe’s “I-Feel-like-I’m-Fixin’-to-Die-Rag”, both in 1967) either were not big hits or gained status later, especially after the 1970 documentary “Woodstock.”

Indeed, many groups considered political stayed away from politics. The Jefferson Airplane, straight out of the acid-rock scene, “shied away from lyrics that pointed fingers at the government, the military or other specific targets” according to the group’s biographer. Signe (Toly Anderson ) Ettlin, the bands first female singer and Grace Slick’s predecessor, sai “there was no [bleeping] message. No matter how much somebody wan to to make out now that we were saying something, we weren’t saying anything . . . .” Indeed, none other than John Lennon was once considered a CIA plant. Leftist historian Peter Doggett complained that artists “swapped their revolutionary idealism for self-obsession.”

As noted in other “Wild Moments,” the real revolution with rock and roll was going on behind the Iron Curtain, where East European youths were taking music to the streets to fight communism.